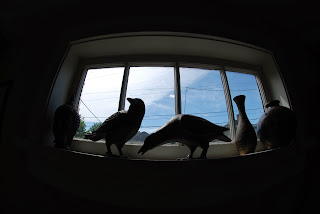 Today I read the news and saw some video clips about Ashley Smith, the 19 year old who died in prison and I am overwhelmed with complete sadness and rage about how she was treated.

"An inquest concluded with a ruling Thursday that teenager Ashley Smith's shocking in-custody death was a homicide.

However, the National Post noted such recommendations are non-binding, which means the Correctional Service of Canada can decide whether or not to implement them.

The homicide verdict means the jurors found Smith's death was neither suicide nor accidental, but that other people contributed to her death, CTV News reported."

What happened was complete horror. It was misogynistic. It was abuse. She suffered. If justice is not done in Ashley's name, if people are not held accountable, if policies do not change, if a huge fundamental shift does not happen the message will continue that women are not safe in our society and this is not okay.

Disenfranchised women experience abuse and violence all the time on many levels. Disenfranchised women were girls who experienced at a very young age that the system not only fails them but will hurt them. It is inherent in our policies and practices, from corrections, to health care, including social workers and counsellors. It is misogynistic. If there are no binding recommendations we have failed Ashley one more time. If there are no criminal charges shame on us.