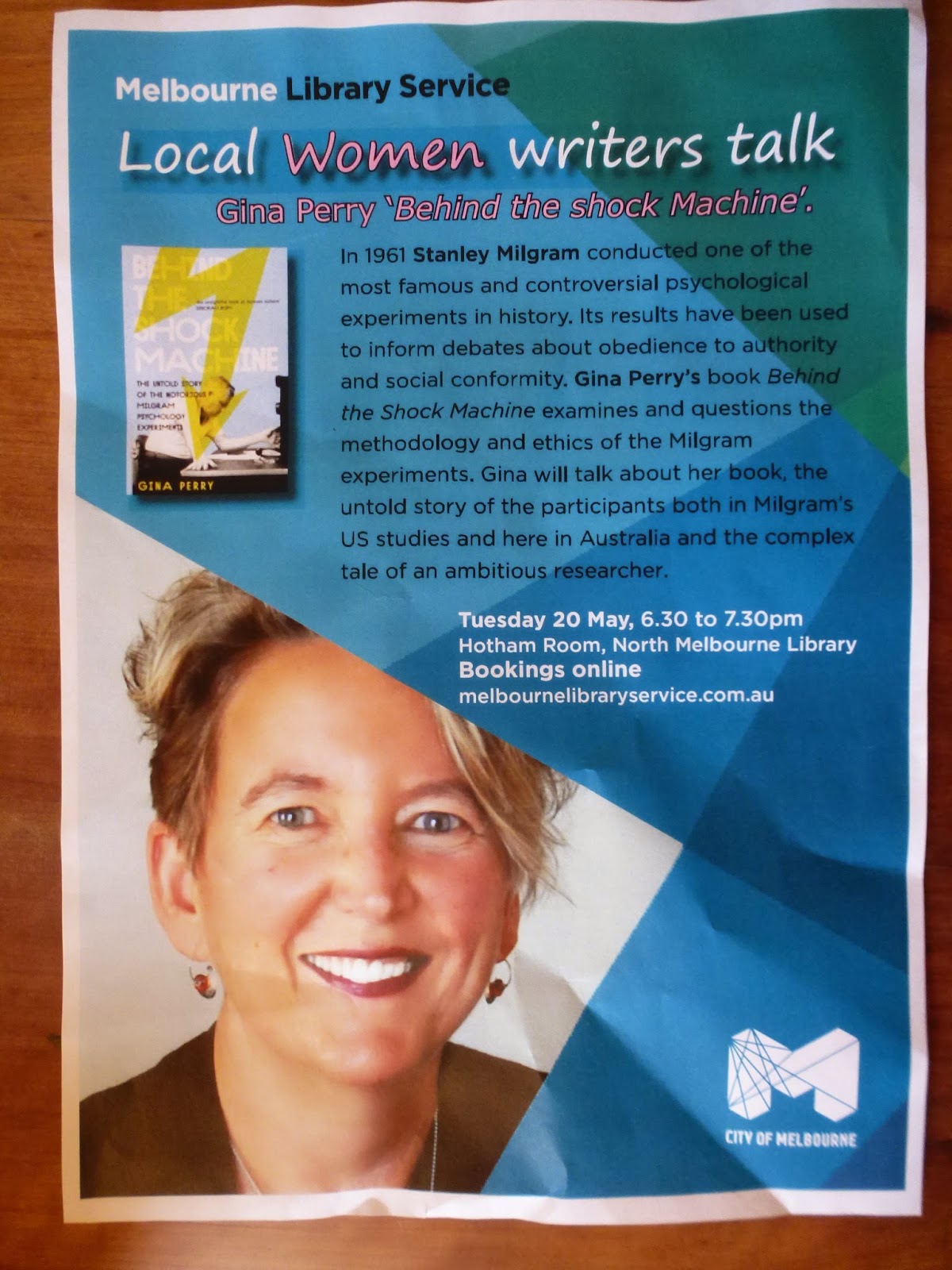 The famously quoted result of "65% of subjects" that were willing to give full, harmful voltage shocks to participants because they were directed to by an authority figure meant, in reality, 26 people. 26 people that were bullied. And 26 is questionable too as Stanley Milgram changed his approach and methodology throughout his research. Gina Perry will debunk much of what we know of Stanley Milgram because she went back to the original data. Gina Perry has exposed a psychology farce.  She is re-writing history.
Posted by Mama bear at 03:28 No comments: